A Touch of Sin (Cinema East) 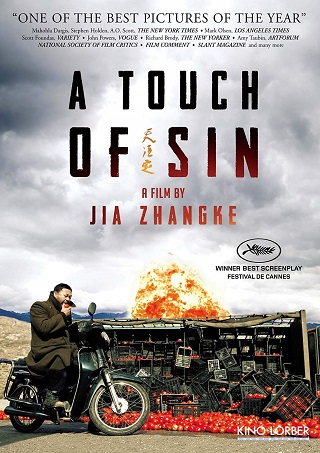 “A blistering fictionalized tale straight out of China, A Touch of Sin is at once monumental and human scale. A story of lives rocked by violence, it has the urgency of a screaming headline but one inscribed with visual lyricism, emotional weight and a belief in individual rights. You can feel the conviction of its director, Jia Zhang-ke — one of the few filmmakers of any nationality who weighs the impact of social and political shifts on people — in every shot. In A Touch of Sin, the world isn’t an amorphous backdrop, pretty scenery for private dramas, it is a stage on which men and women struggle to fulfill basic moral obligations, including recognizing one another’s humanity.” —The New York Times