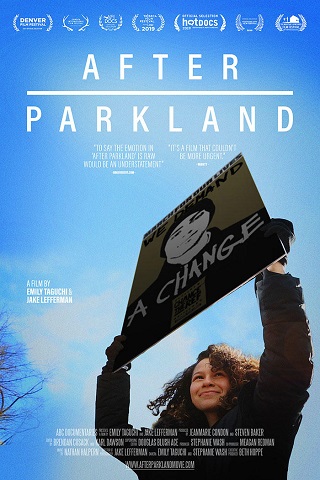 After Parkland tells the intimate and moving story of families of Marjory Stoneman Douglas High School navigating their way through grief, and searching for new meaning in the immediate days, weeks and months after the Parkland shooting that left 17 dead. Filmmakers Emily Taguchi and Jake Lefferman traveled to Parkland, Florida with producer Stephanie Wash and began filming with students who endured gunfire and the parents who lost their children in the crosshairs. Filming throughout the spring, summer and fall, the verité documentary chronicles the private journeys of these families as they navigated the unthinkable and rose to challenge the nation to end gun violence.