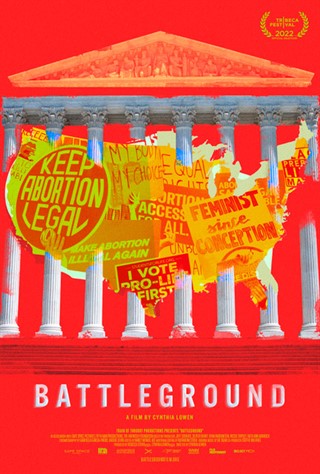 Directed by Cynthia Lowen
Battleground could not be more urgent or timely a window into the intersection of abortion and politics in America. It’s a film that may infuriate as it illuminates truths that must be told, following as it does three women who lead formidable anti-abortion organizations and wield enormous and devastating political influence. Battleground neatly balances those stories, however, and also beautifully depicts those on the front lines of the fierce fight to maintain reproductive access, even as the nation faces the end of Roe.