Butterfly in the Sky 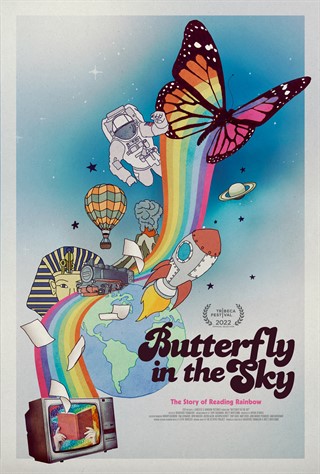 Directed by Bradford Thomason, Brett Whitcomb
Butterfly in the Sky tells the story of one of the most beloved PBS children’s programs, Reading Rainbow. For over 25 years, the series set the standard for literary children’s television. Thanks to its uncondescending approach, plus its immersive documentary style adventures, LeVar Burton and the creative team instilled a love of reading in millions of children. The show ended in 2006, but the interviews from all involved and even some of the featured children who wrote book reports all suggest that RR is forever.