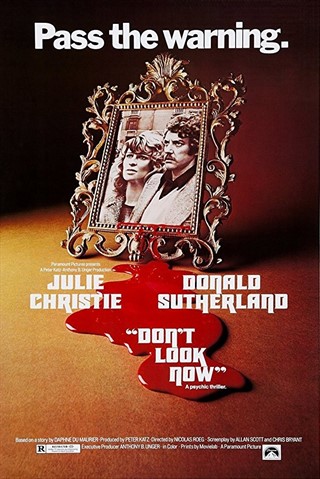 Nicolas Roeg’s 1973 film is a fascinating rumination on a couple grappling with the grief of loss, encapsulated into one of the most mystifying and beautiful horror movies of all time. Shot and set in Venice, the city’s labyrinthian design serves as a backdrop for Donald Sutherland and Julie Christie’s attempts at navigating their fracturing relationship. Masterfully crafted by British director Nicolas Roeg at the height of his sensibilities, the cinematography and editing remains unparalleled to this day and makes this film the zeitgeist of ‘70s psychological horror. The notoriety garnered from its controversial-for-the-time sex scene and indescribable ending have cemented it as a North Star of cult and arthouse cinemas for decades to come.

Third Eye Cinema is a staff and volunteer-curated film series of all of our favorite flicks — the cult classics, the ones you might have missed, the ones you need to revisit. This series is sponsored by our friends at Trove Cannabis!