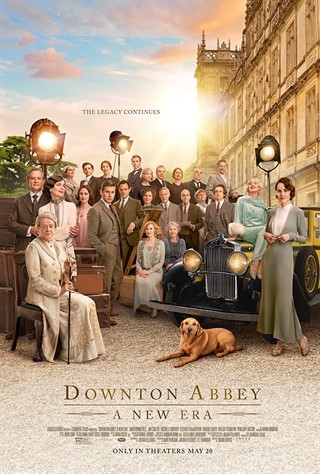 Directed by: Simon Curtis
Downton Abbey: A New Era showcases all of the favorite Downton characters as well as fresh new settings. One half of the film is set in Downton itself, where a movie crew and glamorous movie stars descend on the estate to film their movie. The film crew, pressured by the changing times, suddenly find they need to transition from silent film to talkies, and the Downton staff and family are enlisted to help. The other half of Downton Abbey: A New Era is set in the south of France, where the Crawley family is intent on discovering why a wealthy French gentleman has willed his beautiful French villa to the Dowager Countess. What secrets from her past is the Dowager hiding?