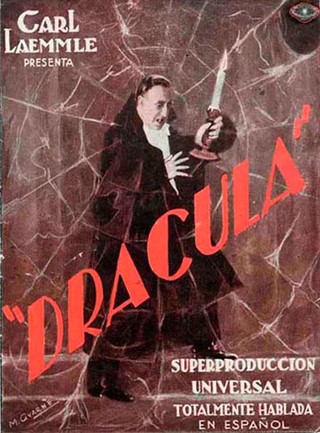 Directed by: George Melford.
Drácula was made as part of Hollywood studios’ attempts to make films for foreign-language audiences. By 1930, Universal had focused primarily on developing Spanish-language films for the foreign market. Filming began on October 10, 1930 where it was shot on the same sets as Tod Browning