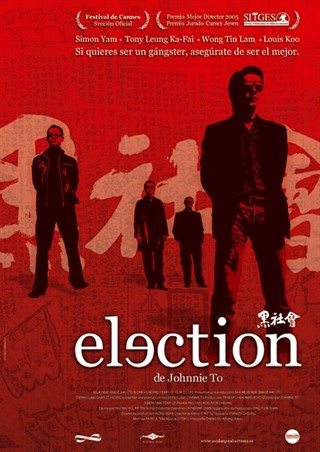 In the mid-1990s, Johnnie To, who had been a successful, if rather anonymous, director of popular films for the past decade, founded his own studio and began churning out a remarkable series of genre films, almost experimental in their visual and narrative approach to the traditional Hong Kong crime film. This worked reached its peak of popularity with Election, a film about a succession struggle within an organized crime Triad gang that plays out entirely without firearms. The shadowy dealings and betrayals form a none-too-subtly pessimistic commentary on the future of democracy in the former colony.