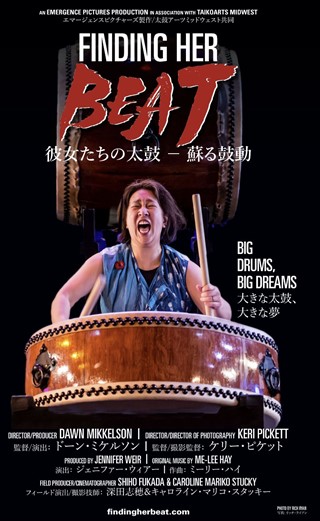 Directed by Dawn Mikkelson, Keri Pickett
For thousands of years women have been locked out of the male-dominated world of Taiko drumming. No more. In the dead of a Minnesota winter, Asian drumming divas gather together from around the world in preparation for a historic performance where they smash gender roles and redefine power–on their own terms. Four years in the making, Finding Her Beat envelops viewers into the rhythms and struggles that lead to that thrilling performance, a performance whose electrifying vibrations will leave viewers buzzing with energy.

Presented by Audio Technology, Music, and Society at Fairhaven College