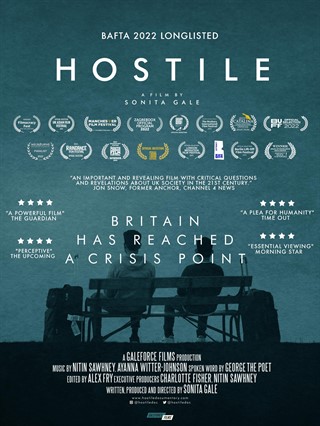 An award-winning documentary written, produced & directed by BAFTA-longlisted filmmaker Sonita Gale, Hostile focuses on the UK’s relationship w/ its migrant communities. Told through the stories of 4 participants from Black & Asian backgrounds, the film reveals the impact of the evolving ‘hostile environment’–a term used by the government in 2012 to illustrate the atmosphere they wanted to create for migrants w/ the intention of provoking them to leave. The film explores how the lives of international students, members of the Windrush generation & ‘Highly-Skilled Migrants’ have been affected. After decades of hostile policies, Britain has reached a crisis. With Brexit, the Points Based Immigration System & the Nationality & Borders Bill all having taken effect, the film asks: once the hostile environment has targeted all migrants, who will it extend to next?