Hotel by the River (Cinema East) 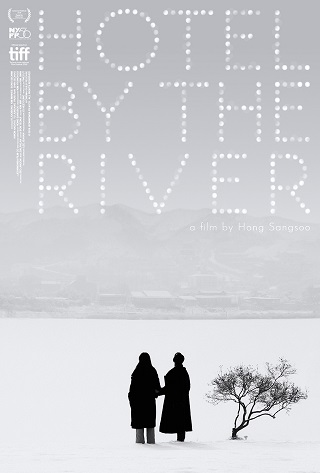 An aging poet, Younghwan (Ki Joobong), summons his two estranged sons (Kwon Haehyo and Yu Junsang) to a solitary hotel beside the Han River because he feels his death is near. While waiting for them to arrive, he meets two women (Kim Minhee and Song Seonmi) out walking in the new-fallen snow.

“There was a children’s show, in the sixties, on which the host would invite children to draw several random lines on a big piece of paper and the host would then incorporate them into a drawing. The South Korean director Hong Sang-soo, who has lately been making two or three films a year (fourteen features in the past decade, twenty-three in all so far), does something of the sort with his own life. Working fast and on a low budget, he pulls together a few sprigs of experience and ideas and, inwardly observing the pattern that they make together, creates a sort of cinematic crystal structure that’s compact, hard-edged, sharp-pointed, and sometimes dazzlingly intricate.” —The New Yorker.