We are so excited for this year’s slate and to make film accessible to everyone of all ages. Thanks to our sponsor Bank of the Pacific, each film is only $1. No matter if you’re 30 and want to see a classic favorite childhood film, if you have kids and want to show them great films, if you want to host a birthday party for 20 kiddos for just $20, or if you simply want a relaxed and enjoyable Saturday afternoon, Kid Pickford is always a lot of fun. Bring your kids, bring your parents, bring friends or a date and catch a classic Saturday afternoon movie for only $1.

THANK YOU TO OUR SPONSORS

The Kid Pickford logo + poster was designed by Allison Sowder

PURCHASE TICKETS AND LEARN MORE BY CLICKING ON THE SHOWS BELOW 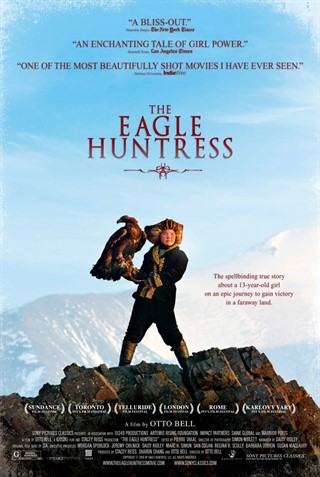 The Eagle Huntress follows Aisholpan, a 13-year-old girl, as she trains to become the first female in twelve generations of her Kazhkh family to become an eager hunger, and rises to the pinnacle of a tradition that has been handed down from father to son for centuries. Set against the breathtaking expanse of the Mongolian steppe, The Eagle Huntress features some of the most awe-inspiring cinematography ever captured in a documentary, giving this intimate tale of a young girl’s quest the dramatic force of an epic narrative film.