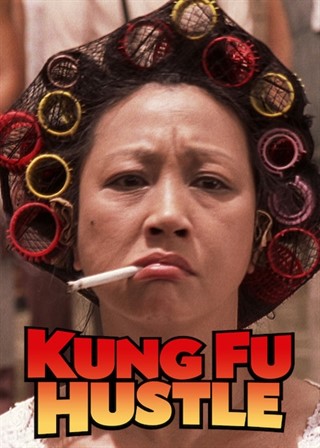 Stephen Chow was Hong Kong’s biggest star in the 1990s, with a series of box office smash comedies that mixed complex verbal wordplay with farcical slapstick and martial arts action. In the 2000s, now directing his own films, he began making increasingly sophisticated works, while at the same time integrating computer-generated effects. In Kung Fu Hustle, Chow plays a wanna-be hoodlum who gets involved in a war between a vicious gang and the residents of a housing complex who have a surprising amount of martial arts skill. Freely grabbing from old martial arts serials, post-war Cantonese comedies, and Looney Tunes cartoons, Kung Fu Hustle is one of Chow’s most accomplished works, and was by far his biggest hit in the US.