Pasang: In the Shadow of Everest 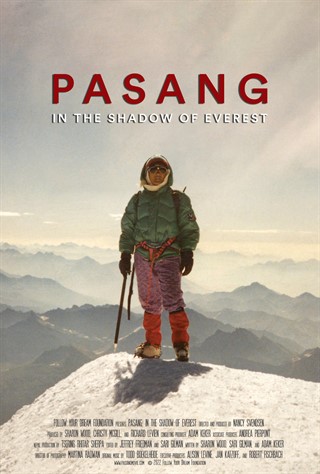 Directed by Nancy Svendsen
As an uneducated Indigenous woman and a Buddhist in a Hindu kingdom, Pasang Lhamu Sherpa’s dream to scale the legendary Everest–a mountain usually claimed by the wealthiest and most privileged–pits her against tradition, foreign climbers, her own government, and nature itself. As told by the Nepalis who knew her, by some of the world’s most notable alpinists, and Pasang herself, the film documents Pasang’s historic quest that would transfix her country and uplift a new generation. Few individuals in history forge a path with such heroic determination: Pasang’s inspirational story is one in a million.