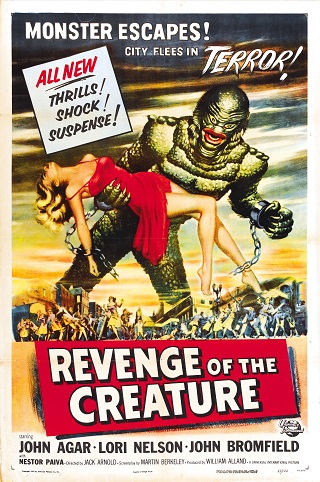 Again directed by Jack Arnold, Revenge of the Creature takes the plot to the Marineland of Florida oceanarium. Captured in his native habitat, the hapless gill man is transported to the south Florida oceanarium as a visitor attraction. Our fishy friend falls for young ichthyology student Helen Dobson (Lori Nelson), who in turn has her eye on admirer Professor Clete Ferguson (John Agar).