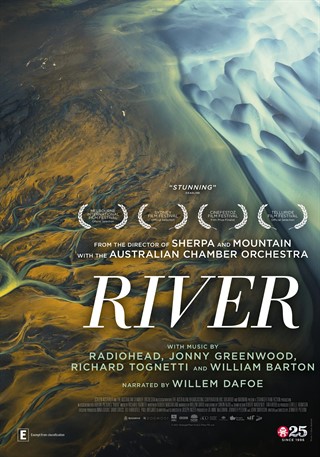 Directed by Jennifer Peedom
River takes its audience on a journey through space and time, spanning six continents, and drawing on extraordinary contemporary cinematography, including satellite filming, showing rivers on scale and from perspectives never seen before. Its union of image, music, and sparse, poetic script is both dream-like and powerful, honoring the wildness of rivers but also recognizing their vulnerability. Featuring music by Jonny Greenwood and Radiohead and narrated by Willem Dafoe.