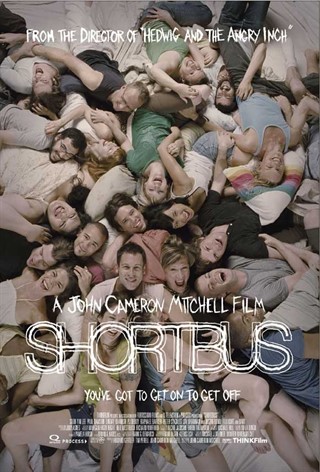 “5 years after turning his rock musical into a film, Mitchell released the film that in his words was “everything we needed to get through a 2nd term of George W. Bush.” Developed through workshops for years, Shortbus is the kind of film directors dare themselves to make but either lose their nerve or compromise into oblivion. The title refers to an underground salon in NYC that features art, song, & pansexual orgies. Like one of Altman’s ensembles, the characters are a disparate group of New Yorkers who find themselves drawn to the space. The sex scenes are unsimulated which at the time got a lot of attention. But unlike other films that seek to break the taboo of unsimulated sex, Shortbus didn’t use sex to shock or titillate. The scenes of intimacy instead contribute to a bracing honesty.” ~Brandon Wilson