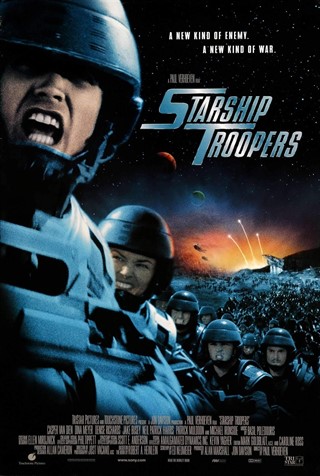 “It is easy to think you’re smarter than Paul Verhoeven’s Starship Troopers but that’s a mistake. Even though it was released in the Clinton Era, no film more accurately foretold the Dubya Era & its cycle of terrorism giving way to military adventurism like Verhoeven’s adaptation of the Heinlein novel. Verhoeven drew on memories of growing up in the Nazi-occupied Netherlands to tell a story which he sums up as “war makes fascists of us all.” We follow a group of teenagers from their utopian high school days & watch them become hardened warriors for their totalitarian state after a devastating attack from an insectoid alien race. Mixing satire, dazzling special effects & Verhoeven’s impressive staging of combat, the film blurs the line between rousing American action films & fascist propaganda in a way we now understand all too clearly.” ~Brandon Wilson