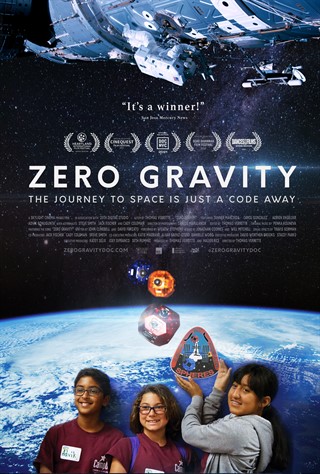 Zero Gravity follows a diverse group of middle-school students competing in a nationwide tournament to code satellites aboard the International Space Station. Seen through the wondrous eyes of three young innovators and their first-time coach, we watch in anticipation as the team blossoms from amateur coders to representing California in the ISS Finals Tournament — the culmination of a summer-long adventure that sees their accomplishment performed by astronauts in orbit. An inspiring film and, rightfully, one of this year’s Doc-ED* selections.